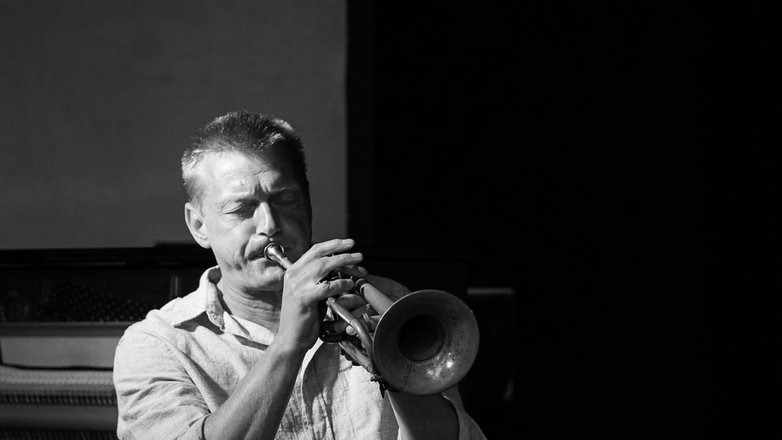 A prominent figure as soloist and ensemble player in a period of DR big band’s history where the orchestra was managed by Peter H. Larsen and had Jim McNeely as the chief conductor. A period of time influenced by extensive international and national touring and attention and where the orchestra once again was marked globally with Grammy nominations in US and international attention.

Responsible for the brass department at RMC and a sought after teacher by all of the students at RMC to whom improvisation was an important part of their studies.

Had in the given period of time the responsibility for the education of more than 30 trompet players and trombone players and developed the new and current bachelors and master programmes at RMC in a small jury together with head master Henrik Sveidahl. Has been used as an exchange teacher by the conservatories in Riga, Berlin, Zurich, Malmø, Oslo, Tromsø and Tronheim.

Teaching students in the ages fra 8-25 years, coordinating the talentschool and involved with the continuing education of the teachers at the school.

During the years he has released 14 albums as a leader and is featured on more than 100 albums as a co-musician. His own albums features among others Rob van Bavel, Marco Kegel, Jo Krause, Jim McNeely, Bernt Rosengren, Alex Riel, Doug Raney and Jesper Lundgaard.

To receive news about concerts, releases and musical education